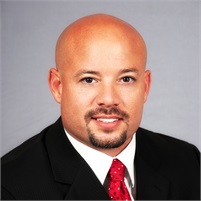 Watching a close family member struggle with the financial ramifications of a devastating illness drew Darren into the insurance industry in 1997. Darren’s overriding desire to simply help friends and family with their problems and steer them to better plan for life’s unexpected twists was the momentum behind that decision. His continued drive to guide people in their financial endeavors has been a mainstay of his career and helped Darren build a loyal customer base that has also been a generous source of referrals. Darren graduated with a double major from the University of South Florida. He planned to seek employment in some field of counseling but not before he provided a service to the United States military. Darren enlisted in the Marine Corps immediately after graduation, and worked at bases in California, Virginia and North Carolina, receiving secret government clearance to work on and repair cryptographic electronics from simple hand held radios to sophisticated satellite dishes. Following Darren’s active duty commitment, he acquired his 215 license in life, health and variable annuities, while continuing to honor a 4 ½ year commitment as a Marine reservist. Darren’s exposure to financial services – securities, investments and insurance products – is extensive and adds to his broad knowledge base for the wide range of products and services he offers. Darren began in the insurance industry in 1997 as a Long Term Care Specialist with John Hancock, Inc. in Tampa. In 1999, Darren received licensure in the Series 6 and began a career in personal banking with the Bank of America. Continuing to add to his resume, Darren went back to insurance services, working at Allstate Financial Services beginning in 2001, where he later received his Series 7 license and financial planning certification from the Board of Standards.Personal ties in the industry and a desire to be independent of corporate politics led Darren to Jaffe Tilchin Wealth Management. Joining Jaffe Tilchin has allowed Darren to expand his business and reach out to customers with fresh ideas and a greater variety of products and services. He feels the focus that Jaffe Tilchin places on comprehensive analysis of financial risk and goals is completely in sync with what he wants to do for his clients. Darren strives to be a one-stop shop for his clients. He favors working with individuals and small business, with a broad focus on understanding a client’s entire financial picture. Originally from New Jersey, Darren is a long-time resident of Tampa with strong community ties. He currently volunteers on the Investment Advisory committee for the Hillsborough Education Foundation. He enjoys traveling, golf, snowboarding and taking camping excursions with his family and friends.

Get Financial News & Updates Delivered to Your Inbox

We've built a handy mobile app that allows you to ask us questions on-the-go and to receive helpful notifications from us.