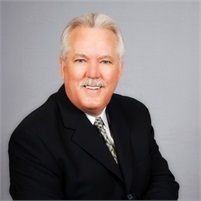 I wish I had run into an organization like this one back in 1974,” Larry Rowe emphatically states. Being truly independent and not captive to a single carrier are key characteristics of the financial firm he has been with since 2007. At Jaffe Tilchin Wealth Management, Larry specializes in mutual funds, variable annuities and life insurance planning. He dispenses the kind of advice he would like to hear himself; and he had an opportune mentor, his father, who worked and succeeded in the same business.

Born and raised in Columbus, GA, Larry moved to Tallahassee at the age of 14. His Jr. year of high school he was elected student body president and while there earned 10 Varsity letters. Although he received scholarship offers to play baseball at Duke and NCSU, Larry chose to stay in Tallahassee. He graduated from FSU, earning a BS in Marketing Management. His first introduction to financial services came before graduation; while in college, he spent 3 months as an insurance agent with Liberty National as a debit agent, servicing existing accounts, creating new leads and selling life, health and accident policies.

Shortly after graduating from FSU, Larry enlisted in the Air Force. After basic training, he spent 2 years in D.C. as an Agent with the Office of Special Investigations. He conducted extensive background checks on Colonels slated to become One Star Generals, traveling all over the country to verify education, training and relevant details of their lives. In 1972, Larry was transferred to Chanute Air Force Base to receive field training from the DEA. He spent 2 years as a plain-clothes narcotics agent, working with the Air Force, FBI and IL Bureau of Investigation.

In 1974, Larry voluntarily left the military and moved to Tampa Bay, where he returned to Liberty National. Within 2 years, he was promoted to Sales Manager. While there, Larry received his life and health insurance (215) and property and casualty (220) licenses. He then joined Prudential, seeking to expand his products offerings to include auto and homeowners insurance. He next obtained his series 6 and 65 licenses in order to be able to sell stocks, mutual funds and annuities . He joined Tilchin Financial in 2004 and stayed on after the 2007 merger with The Jaffe Group. Being able to offer an entire spectrum of choices to his customers was appealing and Larry has never regretted his move. His customers include families and small businesses, all who benefit from his insight and expertise as a Chartered Life Underwriter (CLU) and a Chartered Financial Consultant (ChFC).

Larry lives in Tarpon Springs with his wife, Vicki. His large family keeps him on his toes. Weekends are divided between 5 children and 5 grandsons. He has a passion for sports and was an avid softball player. In 2006, his Sun Rays team won a national championship. Since retiring from softball, Larry golfs and participates in events hosted by FSU’s Pinellas County Chapters’ Alumni and Boosters Association.

Get Financial News & Updates Delivered to Your Inbox

We've built a handy mobile app that allows you to ask us questions on-the-go and to receive helpful notifications from us.